“Annexation Song” 英文 They (=the Korean Empire) couldn’t stand alone and wanted to be a part of us (=Japan).

They saw our victory and sent us lots of telegrams. They even had our man (=Hirobui Ito) killed, the man who was against it (=annexation of Korea to Japan）. Now the killer is seen as their hero, what the heck is going on?

Other countries approved, we had no choice but to put ourselves in debt, so we could work on it, just so they could have a normal life.

We gave: the massive railways, clean streets, water and sewer services, shrines, electricity, stars, jobs, and oh, our (Japanese) names as they wanted.

We taught them their language.

We stopped the people from kidnapping.

We stopped the people from raping.

We stopped the epidemics from spreading.

We saved them from themselves,

Thought that we were brothers and sisters.

Became one and fought together.

Don’t ignore what we had in between.

On the comfort women issue, South Korea is anxious to let the world know that 200,000 girls have been forcibly taken away by the Japanese army.  However, South Korea, which is now hated by God, has no ally in the world and is not trusted. This country betraying without hesitation will soon know the reality 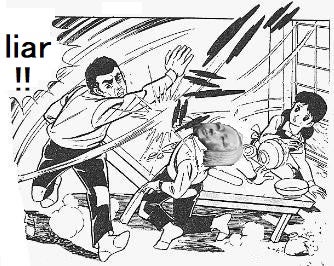 01: The names of the villages and towns where the comfort women were forcibly taken in Korea have not been identified. 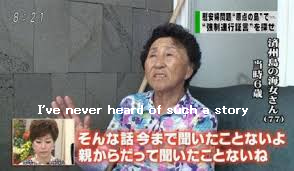 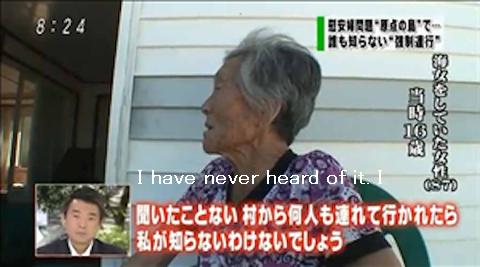 03: There is no sighting information.
It is impossible to take a large number of people without being discovered by anyone. 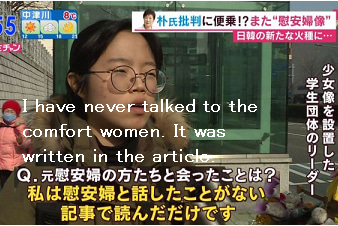 04: There is no information regarding the compulsory recruitment of comfort women. Yoshida's testimony was confirmed to be a lie. 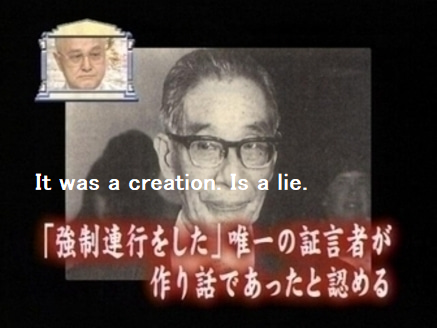 05: No record of protests. If many women were kidnapped, a riot would have occurred. 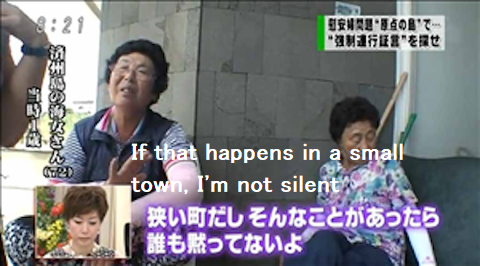 06: Protests were taking place due to small issues such as the Gwangju Student Independence.

08: There is no story of a woman who was forcibly captured by the Japanese army and escaped. 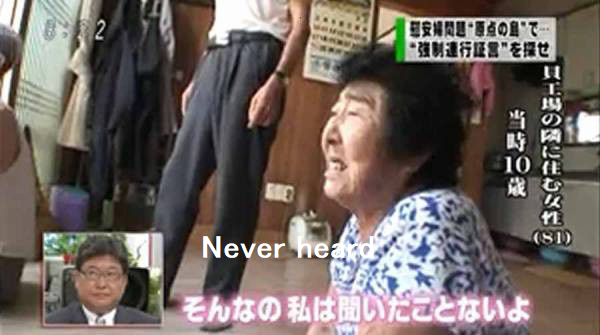 09: Many of the testimonies of the former comfort women state that they were "sold to their parents" or "deceived."

10: There are few testimonies that "it was taken forcibly", and there are doubts that the content changes frequently. 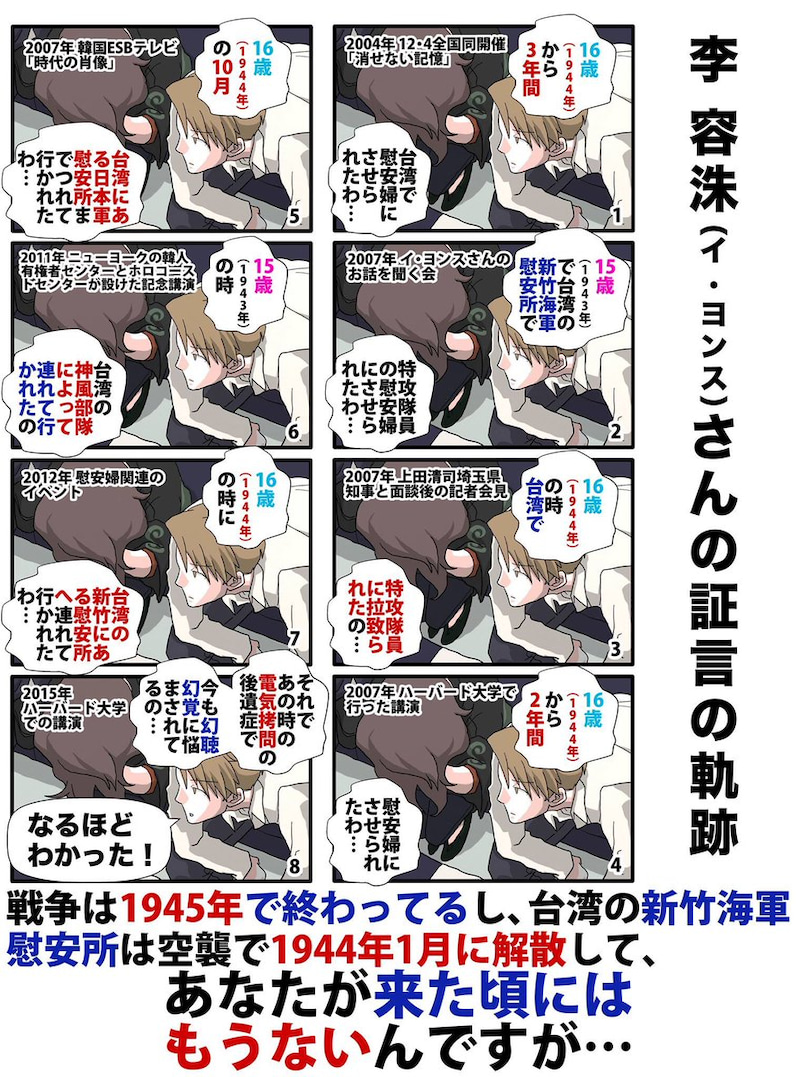 The war ended in 1945. The comfort station in Taiwan also ended in January 1944.
It wasn't there anymore when you came.

11: No specific case has been confirmed in which a woman mobilized by the government as a volunteer corps was made a comfort woman.
12: Most of the Korean police officers and officials at that time were Koreans. There were also many Koreans with high positions.
13: There were many Koreans such as Hong Sa-ik and Yi Un among the high-ranking officers who commanded the former Japanese army. 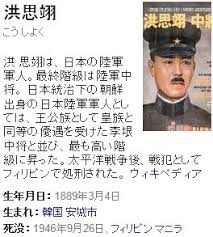 14: Many Koreans volunteered to join the Japanese army. Korean soldiers also used the comfort station.
15: Forced entrainment is a heavy burden on the military. It's much easier to give a business permit to a prostitute.
16: Japanese authorities were cracking down on malicious prostitutes. Many of the traders were Koreans.
17: At the time of World War II, the Korean Peninsula was not a battlefield but had a normal life and was in order.
18: South Korea was and still is a prostitution industry powerhouse. The buying and selling spring market was widespread during World War II.
19: In Korea, there has been a gisaeng who has a job of providing sexual services for a long time. There was also a military gisaeng system.
20: At that time, it was not uncommon for parents to sell their daughters to prostitutes.
21: Many of the comfort women earned a large amount of income, which was several to several tens of times the average worker's wage.
22: A prostitute was openly advertising in newspapers and magazines and recruiting comfort women for a large sum of money. 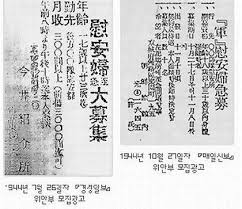 23: Many comfort women went shopping on holidays. I was doing expensive shopping. 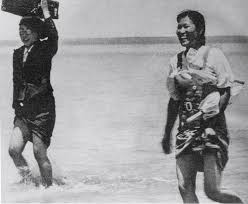 24: Many comfort women had large deposits. A passbook record showing the balance is left.
25: This case was widely recognized in the 1990s. It is strange that it did not become a problem immediately after the end of the war.
26: There are no Korean records written before the 1990s that describe the forced recruitment of comfort women.
27: It is unnatural that all the victims (200,000?) Were silent until the 1990s.
28: The comfort women began to be used in the subject of anti-Japanese education that began in the Syngman Rhee era in the 1990s.
29: No novels or movies depicting the scenes of the forced recruitment of comfort women were made before the 1990s.
30: It has not become a problem during negotiations on the Japan-Korea Basic Treaty, which South Korea has requested compensation for various reasons.
31: During the negotiations on the Japan-Korea Treaty, South Korea requested compensation for the invalidated comfort women's deposits.
32: In 1992, a former comfort woman filed a proceeding for the return of a deposit of 26,145 yen (currently equivalent to tens of millions of yen). 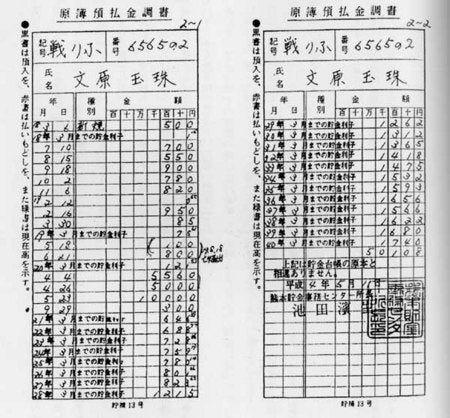 33: It is not included in the promotion of the wrongdoing of the Japanese army by the United States during and after the war.
34: There is no mention in the materials of the Japanese military comfort women cross-examination survey conducted by the US military at that time that they were forcibly taken.
35: The Indonesian comfort women coercion case was filed as a crime. No case has been filed in Korea.

The issue of comfort women in Japan is clearly fake and there is no evidence.
The salaries of prostitutes recruited in Korea for Japan are extremely high, and they are neither compulsory nor anything.
There is no evidence that the Japanese government was involved.

The comfort women have a forged history 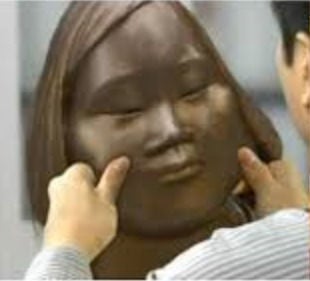 Is it this mouth that tells lies?